The most important lesson to learn from Relative Perception and Limited Resources is that small changes (or proportional changes) are more likely to succeed.

Exercising Incrementalism is one of the best change management techniques.  Breaking a planned larger change into a series of smaller incremental changes is more likely to achieve the desired end result with less overall negative impact on the organization.  However, incrementalizm alone is not a silver bullet.  Granted it is possible to make changes so small that the effect of the downward spike goes unobserved, but frankly, when it comes to real life business, there are few changes that fly under the radar screen.  For example, we know that a massive doubling of a company’s sales force can create chaos,  but even a small change has negative consequences.  To illustrate, assume that a company adds just one new sales person.  That change might not have had a material negative impact on the entire organization, but the salesman sharing office space with the new person is likely to see a drop in his commissions as he unavoidably gets drawn into some degree of a mentoring or training role.

Virtually all change becomes, at a minimum, a short-term investment paid in the form of lower productivity, decreased performance or lower satisfaction.  We make changes because in the long run, we expect a payoff in terms of increased productivity, performance, or satisfaction.  The better we manage change, the smaller the frontend cost and the sooner targeted gains are realized.
The right way to implement change is proportional to the ability of the organization to deal with and absorb the downward spike of the Change Curve and in many cases that will dictate the need to pursue the desired end result through a series of incremental steps using the “change management” technique of Incrementalism.

To illustrate the need to keep change proportional to the organization’s ability to absorb the change, consider a successful restaurant that wants to expand.  The owners decide to open a second facility across town.  It is easy to imagine the downward spike in terms of performance and customer satisfaction at the existing facility as management’s attention is redirected and existing staff begins to train additional staff.  Image the consequences when some of the best members of the kitchen and wait staff are transferred to the new facility.  That doubling of the organization requires a significant, hopefully short-term, negative investment that can put the business as a whole at risk.  Yes there are things that can be done to flatten the downward spike of the Change Curve and facilitate an early upward movement.  Unfortunately most small businesses making a similar move will fail to do those things, and their customers and pocketbook will suffer as a result.

Now consider the impact on existing facilities upon opening a third location.  The organization’s initial expansion has led to increased depth among its management team.  There is a larger existing staff to draw from for the purpose of training new additions, and there is backup that allows some transfers to the new location without excessively cannibalizing the existing facilities.  Opening a fourth location will have even less of a negative impact on existing facilities.  With continued growth the organization can develop and financially support people dedicated to the specialized task of project management involved in bringing a new location on board, and the larger and larger organization spread over more and more facilities means that transfers have a smaller negative impact.  So as the base organization gets larger the size of digestible incremental change increases; however what makes the larger changes digestible is that each successive incremental changes becomes smaller in relative size—the percent of change related to the base organization is smaller.

The undeniable conclusion is that the right way to make change is to do it step by step—incrementally.  You might say that is not always possible.  The growing food chain has to take that first big step—opening its second facility.  But even there it is possible to find a way to break the project into multiple steps designed to minimize the downward spike.  For example, additional staff can be added ahead of time in small digestible steps not after the fact.  What about the added cost?  If you can’t afford it, don’t do it, because the alternative is to bet the company!

Posted by Unknown at 8:43 AM No comments:

One tool for minimizing the downward spike of the Change Curve involves capitalizing on the Hawthorne Effect.  Management scientists found that increased attention alone improves performance even if only temporarily.  Daily and hourly progress reports, increased MBWA/CBWA (management by wandering around/communication by wandering around), setting initial low goals to reinforce accomplishments, awards and recognition to celebrate milestone goals, achieving goals, ceremonies to kick off change—putting change on center stage with drama and pizzazz provides a countering upward force.  The Hawthorne Effect will flatten the downward spike of the Change Curve.  A word of warning is appropriate, however: increased attention alone is not enough.  Studies indicate that productivity often drops when the increased attention is withdrawn.  Taking advantage of the Hawthorne Effect is an important tool, but is only one of the tools for managing change.

You can find novels by Tom Collins, including his latest mystery, The Claret Muders, on Amazon.com.

Change Groups are one of the most successfully used management tools.  Forming groups (of those to be affected by the change) to help plan and implement change creates ownership and commitment to it.  It becomes their change rather than change being forced on them and thus helps to flatten the downward spike of the Change Curve and reduce its duration.  One of the most important roles of a Change Group involves planning the content and form for getting the required “new information” in the hands of those who will need it—training programs, instruction manuals, KASH books,  one-on-one training,  buddy systems, temporary or permanent help desks, etc.  There are few changes so small that their impact justifies ignoring the need for change management, and virtually all change involving multiple people will benefit from the use of Change Groups.  Consider the impact of installing a new telephone system or something as simple as bringing in a new copy machine.  A little advance planning, disseminating the right knowledge in the right form to the right people, ceremonialism, recognizing accomplishments, paying attention to it—can pay big dividends in terms of achieving the desired benefit without costly disruption and frustration.

Of the four elements of KASH (Knowledge, Attitude, Skills, and Habit), Attitude is the most difficult to manage.  A negative attitude, resistance to change, is reduced when people 1) understand the characteristics of the Change Curve and the basics of change management and 2) when they become part of the change process.  One of the functions of leadership is education.  That should include continuously reinforcing the organization's understanding of the Two Certainties in life and business—change is constant and we are always judge by others.  If change is constant everyone in the organization must understand the Change Curve and the important tools for change management.

The Kindle edition is only $2,99.  Download today!
Music City is under attack from Mother Nature, the historic 2010 Nashville flood.
A beautiful lawyer's inheritance is at risk.
An extraordinary cache of old wines is threatened.
A new Mark Rollins mystery by author Tom Collins.
Posted by Unknown at 9:16 AM No comments: 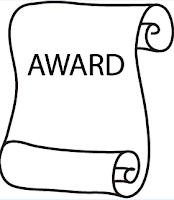 We all like to be recognized for our contributions and achievements.  Effective change management looks for opportunities to provide an upward push against the downward spike of the Change Curve with awards and recognition tied to the KASH formula.  Examples include:

Nothing encourages success more than success.  Many a weight loss regime has been given an important boost by an early, quick weight loss.  Setting initial goals that are quickly achievable, and then recognizing their accomplishment through ceremony and awards, reassures those going through a change that “it is working.”
# # #

Mysteries by Tom Collins include Mark Rollins’ New Career, Mark Rollins and the Rainmaker, Mark Rollins and the Puppeteer, and the newest, The Claret Murders. For signed copies, go to http://store.markrollinsadventures.com. Ebook editions are available on Amazon.com for the Kindle, on Barnes & Noble for the Nook, and in Apple iTunes' iBookstore for the iPad.  Paperback editions are available on Amazon, Barnes & Noble, and other online bookstores.
Posted by Unknown at 4:02 AM No comments:

My smarter brother, Mike Collins, is the CEO of 2nd Generation Capital, a Nashville-based merchant banking firm serving as principal, agent, and advisor in transactions related to business investments.  Here is a rundown on what they do:
Their website also is a plethora of white papers that answer just about every question an investor or business owner would have.  Right now for example, financing is a top concern for anyone in business.  Check out 2nd Generation’s paper “What every Mid-state business owner needs to know about financing Your Business”.  If you are looking for other answers, go to their website and check out articles on:

You can find novels by Tom Collins, including his latest mystery, The Claret Muders, on Amazon.com.
Posted by Unknown at 12:18 PM No comments:

One of the wrong ways to make change is characterized by Slot Machine Management—the slot machine manager makes frequent changes similar to a compulsive gambler repeatedly pulling the arm of a slot machine hoping that that next pull will be a winner.

Change is essential for the long-term success of a business. Without change, success doesn’t happen.  Yet the paradox is that the failure of management to understand change and competently manage it is high on the list of reasons businesses fail—not merely small businesses or new businesses.  Well established businesses often fall victim to the lack of a corporate memory.  Each generation of management tends to relearn the mistakes of prior generations.  While their sheer size insulates giant corporations from disappearing altogether, they can wind up on the dustbin of wannabes—companies that are no longer in the leadership positions they once held.  The culprit is often a slot machine approach.  IBM is one example.  There was a period of time when the company reorganized frequently—shifting managers to new rolls and specialties before they had become competent in their current assignments.  They realigned their sales force every six to twelve months—changing industry assignments, making regional and division assignments, etc.  Each reorganization (each pull of the one-armed bandit) rendered the company less successful and less competitive, symptoms of Slot Machine Management.

As performance goes south, the slot machine manager reacts by implementing more change to stem the fall in performance.  In effect the gambler reaches up and pulls the slot machine handle with the hope that maybe this time he will hit the jackpot rather than lemons.  That precipitates another fall in results and more changes by management, spiraling the company down to lower and lower results.

In 2010 Music City suffered a great flood.  Nashville streets were turned into streams and the streams into raging killing zones.  That is the setting for my newest novel, The Claret Murders, available on Amazon.com for $15.99 or at only $2.99 for the Kindle, Nook and through iTunes for the iPad.