Right People on the Bus

Right People on the Bus
Jim Collins, author of Good to Great, called it “getting the right people on the bus.”  He spent years researching the difference between most enterprises and those that in his judgment made the transition from good to great.  His conclusion would not have been a surprise to Steve Jobs, who changed the world as the leader of Apple.  The key is having the right people.  Jobs explained that “A” level people want to work with “A” level people.  In the typical environment, “A” people go in search of “A” opportunities; “B” and “C” level people begin to become the norm over time as “A”s leave.  That is why in a turnaround situation “getting the wrong people off the bus” to make room for “A” level replacements becomes the first job of management.

How do you get the right people?  It isn’t easy.  Involve your “A” people in the selection process.  Use an employment testing service.  Hire successful people.  But be prepared to get mistakes off the bus fast.  It takes time to assemble an “A” team.  It is like fine brandy; your team has to be distilled over time.  You have to hire carefully and refine by removing and replacing those that don’t fit.

Mysteries by Tom Collins include Mark Rollins’ New Career, Mark Rollins and the Rainmaker, and Mark Rollins and the Puppeteer and the newest, The Claret Murders.   For signed copies go to http://store.markrollinsadventures.com.  Ebook editions are available on Amazon for the Kindle, on Barnes & Noble for the Nook and in Apple iTunes' iBookstore for the iPad.  Paperback editions are available on Amazon, Barnes & Noble and other online bookstores.
Posted by Unknown at 8:03 AM No comments: 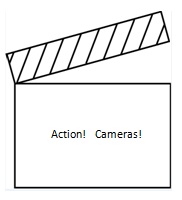 Low Goals, Ceremonialism, Change Groups, and the Hawthorn Effect all depend on effective leadership.  The best change managers are Star Salespersons.  They add drama and pizzazz —they practice Management by Wandering Around (MBWA).  They Communicate by Wondering Around (CBWA)—in person, over the net, with posters, with t-shirts & other apparel, in white papers, in books and booklets.  They are the cheerleader.  But they also have to do their homework.  They understand Change and they are prepared for it.  They determine the knowledge required and develop programs to deliver it.  They understand the importance of attitude.  They never force change.  They don’t utter the words “Do it because I said so.”  They involve the people that will be affected by the change in the decision to change and in planning and managing the change.  They reward accomplishing new skills and they stay involved as needed to assure that those new skills become habit.  They are there from the beginning through the Valley of Despair (the bottom of the Change Curve) and the eventual climb to the targeted new level of performance or benefit.

A little advance planning, disseminating the right knowledge in the right form to the right people, ceremonialism, recognizing accomplishments, paying attention to it can pay big dividends in terms of achieving the desired benefit without costly disruption and frustration.

Posted by Unknown at 3:58 AM No comments:


Management is about achieving objectives—be it at the enterprise, department, or individual level.  It applies to life as well as business.  It is a process—planning, organizing, acting, and controlling.  It is a continuous cycle of processing input, taking action, collecting feedback, and repeating the process.  “Nothing happens until something happens.”  When the action significantly effects the organization, its people, it processes and its customers, it requires the specialized steps of Change Management.  But management is more encompassing and requires more tools and skills than just Change Management.  Management is not the same as supervision.  Supervision may be involved in an individual's managerial role but, again, management is more encompassing.

While many modern day jobs do not involve overseeing the performance of subordinates, they do involve a high degree of individual authority and accountability pushing those jobs into the category of management.  These are jobs where the individual must “manage” relationships with customers and with internally accessible resources and specialty areas to accomplish their assigned objectives.  In order to do their job competently they must plan, organize, act, and control continuously processing input, taking action, collecting feedback, and repeating the process.  Thus management concepts apply to these jobs as much as they do to those responsible for organizational groups, units, departments, divisions, companies, or broad based enterprises.

Posted by Unknown at 4:26 AM No comments:

North, the North Star, true north—these are symbols for the pursuit of opportunity.  The North Star has guided those in search of new horizons; north is the important point on a compass.  North conveys a sense of upward direction or momentum.  90 Degrees north defines the mindset of the excellent manager—they have an opportunity focus.  They are headed north—not south, east, or west.  They are not focused on problems or on risks—but on opportunities.

This is extraordinarily important to understand.  I have heard Presidential candidates who define themselves as problem solvers.  I have interviewed many C-level job candidates quick to say “I’m a problem solver.”  Those that did didn’t get the job.  The thing about problems is when you solve one there is always another waiting in the wings.  The team of the Excellent Company focuses on opportunities and problems get solved as a byproduct.  Their attitude about problems is that not all problems need to be solved and, of those that do, not all of them need to be solved by you.  Where are resources better spent?  Solving problems or pursuing opportunities?

That is not to say that there aren’t problems that have to be solved.  When they arise, look carefully for opportunities that often masquerade as problems or what the problems are a symptom of.  If the problems must be tackled directly, don’t treat the symptoms, define the problem, and solve it once and for all.

The distinction between opportunities and problems is related to Effectiveness vs. Efficiency.  Effectiveness is doing the right things.  Efficiency is doing things right.  Right things come down on the opportunity side of the ledger.  Problems are usually related to not doing things right.  Which is more important?  Doing the right things.  Recognizing and targeting the right opportunity, identifying the main thing success depends on, and adopting the right strategy— these are the things that give enterprises the chance to succeed.  Right things open the door; efficiency improves success but cannot create the chance for success. 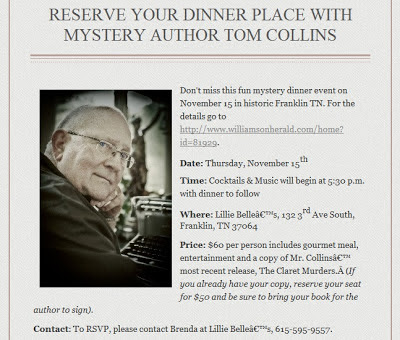 Posted by Unknown at 9:08 AM No comments:

Change made in pursuit of opportunities can also eliminate other opportunities.  But the same can be said for the lack purposeful change.  While decisions and change are not the same, they are closely related.  Indecisions and inaction has consequences on a level equal to purposeful decisions and change.  Remember, change happens.  You either change to prosper and survive or natural forces change you and your environment and for the worse.  The Opportunity Wedge conveys that each decision and indecision, each change (purposeful or not) impacts future options and opportunities for a company.  In business, management should consider the impact of changes on future opportunities.  They fight against the normal narrowing of the wedge.  The company that moves from Lifecycle to Lifecycle, and carefully considers the impact of their action and inaction on the future, will have an Opportunity Wedge that is more like an elongated open ended box—the upper line represents maximum opportunities and the lower line represents no alternative (or new) opportunities will be more parallel—avoiding the normal linear narrowing of the wedge.  They keep their options open.  Using the example of Underwood—the fact that they decided they were a typewriter company rather than a document production company narrowed the wedge to a sharp point and that led to their eventual disappearance as a company and then as a brand.  On the other hand, Steve Jobs at Apple would not limit that business to a “computer company.”


You are invited to an Eligant Evening of Mystery

If you are going to be around Nashville or Franklin on November 15,  make reservations for "An Evening of Mystery" at Lillie Belles restaurant in historic downtown Franklin.  Call 615-595-9557 for reservations or 615-327-0100 for more information. The evening with author Tom Collins includes a gourmet multiple-course dinner, a copy of The Claret Murders plus a live performance as the audience tries to solve the mystery--who killed Mr. Boddy, where was he killed and with what weapon?  The Claret Murders, a new mystery novel by Tom Collins. is available in paperback from Amazon and e-book editions are available for the Kindle, Nook, and Apple’s iPad— or go to i65north.com for a signed copy

Posted by Unknown at 1:47 PM No comments: 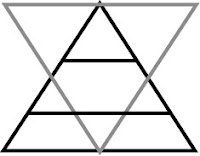 When sales goals aren’t being achieved, when customers are complaining about the availability of support, when production is falling behind demand, the standard answers are always the same—add personnel.  The new resources are brought online and sales decline, customer service worsens, and production falls further behind.  What is going on?  It is the downward spike of the Change Curve and it can be explained by the Authority Triangle.  There are three kinds of decisions and actions that can be made by an individual on the job.
The fully competent incumbent operates in category 1, Do it, 80% of the time.  15% of the time they act in category 2, but then report the action taken in time to reverse or modify the step taken.  Only 5% of the time do they delay action until authorized to act.
For the new addition the authority triangle is reversed.  80% of the time the new addition is asking permission before acting.   That consumes productive resources and thus reduces the total output of the unit.
Over time the Authority Triangle is rotated and eventually the new edition begins to add to capacity rather than consume it.
One of the things managers have to be concerned with is the rate of that rotation.  If it is too slow, the new resource continues to be a burden rather than an asset.  If the rotation is too fast, the new addition subjects the organization to undue risk—acting before they have the competence to do so.
The Authority Triangle is an important concept in evaluating new additions to the organization.  Those turning the triangle too slowly or too quickly need to be weeded out, making room for the organization to try again to bring in a long-term productive member of the team.
PS:  If you have read my latest novel, The Claret Murders, and enjoyed it, e-mail me at tom.collins@markrollinsadventures.com to be added to the e-mail list. If you haven't, you can purchase a print or digital edition on Amazon.com.