The above ancient Greek text translates as "The fox knows many things, but the hedgehog knows one big thing."  A surprising number of fables and modern stories have been inspired by this bit of text attributed to Archilochus.  Jim Collins even included a version of one in his book Good to Great. Collins explains it this way:

“Picture two animals: a fox and a hedgehog. Which are you? An ancient Greek parable distinguishes between foxes, which know many small things, and hedgehogs, which know one big thing. All good-to-great leaders, it turns out, are hedgehogs. They know how to simplify a complex world into a single, organizing idea—the kind of basic principle that unifies, organizes, and guides all decisions. That’s not to say hedgehogs are simplistic. Like great thinkers, who take complexities and boil them down into simple, yet profound, ideas (Adam Smith and the invisible hand, Darwin and evolution), leaders of good-to-great companies develop a Hedgehog Concept that is simple but that reflects penetrating insight and deep understanding.”

The wily fox in chase or being chased uses a complex web of tactics and strategies to counter obstacles or challenges. Sometimes he succeeds and sometimes he doesn’t. The determined hedgehog, on the other hand, has one superior advantage in the world, his spiny needles. His goal may appear simple, with his superior advantage he perseveres against every foe. The fox is an opportunist and pounces from opportunity to opportunity—never gaining the clarifying advantage of superiority.

A good friend of mine, Tom Trebing, and a mentor to fresh entrepreneurs, tells (or re-tells) the story this way:


“A fox and a hedgehog were strolling through a country path.  Periodically, they were threatened by hungry wolves.  The fox — being blessed with smarts, speed, and agility — would lead packs of wolves on a wild chase through the fields and over hill and dale. Eventually the fox would return to the path, breathless but having lost the wolves and continue walking. The hedgehog, being endowed with a coat of spikes, simply hunkered down on its haunches when menaced by the wolves and fended them off without moving. When they gave up, he would return to his stroll unperturbed. The crafty cunning fox devises many strategies. The persistent hedgehog knows one effective strategy—i.e.—the fox knows many things but the hedgehog knows one GREAT thing.” 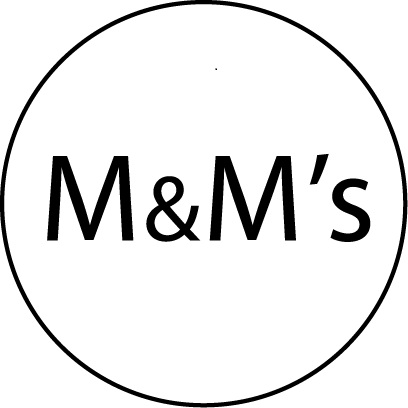 Let me try expanding concept using The Language of Excellence. The essence of excellence in leadership is the concept of Management Candy, M&M’s—doing the main things with the minimum resources necessary to achieve the objective. Great companies succeed because they practice Management Candy. They also have clarity of a mission.  In the choice between the Doing the Right Thing and Doing Things Right they have chosen the Right Thing.

Simply put, great companies have chosen the right thing (their superior advantage), and they have stuck to it like glue!