Where have you heard that lately? People are saying that Mr. Trump’s “they’re stupid” mantra has turned political correctness on its head. But, he may be on to something. A friend of mine reminded me of Carlo Maria Cipolla’s study of human stupidity which he reported in an essay titled The Basic Laws of Human Stupidity. Cipolla identified five fundamental laws of stupidity:


You ignore Cipolla’s five laws at your peril, especially #5.

As a business owner and executive, I didn’t use the word stupid, but like any good executive or manager, I understood the dangers stupid people presented.

My team at Juris, Inc. called them “unconscious incompetents.” They are people who are not yet competent for the position they are in and do not know they are incompetent. Few people, including the President of the United States, go into a position fully competent on day one. Conscious incompetent people know their limitations and compensate. They seek advice, take advantage of training opportunities, they self study, etc. — all in an effort to learn and gain experience that increases their level of competency. The process from incompetent to competent is explained by the authority triangle in my book The Language of Excellence.

Now....consider this. Do you think Mr. Trump is ready, fully competent, for the job of President of the United States? If not, do you think he knows that? ...And if he doesn’t, wouldn’t that make him, I don’t know... “STUPID!”


# # #
For signed copies of The Language of Excellence and other books by Tom Collins, go to the TomCollinsAuthor.com. Unsigned print and ebook editions are available from Amazon, Barnes & Noble, and other online bookstores. For an audio edition of The Claret Murders go to http://amzn.com/B00IV5ZJEI. Ebook editions are also available through Apple iTunes’ iBooks Store and Smashwords.com.
Published by I-65 North, Inc. 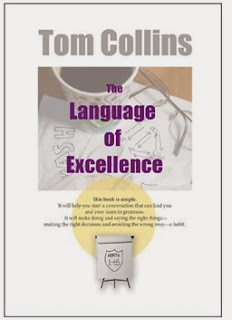 Posted by Unknown at 8:15 AM No comments:

The Good, the Bad, and the Ugly 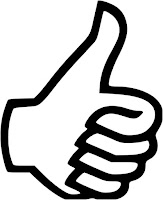 Unfortunately, Good no longer seems to be the norm. More likely than not, you will not get what you paid for. I am really getting tired of poor service, shoddy products or poor workmanship, and failures to deliver (or show up) on time as promised. Those are the Bad people and products.  And it can only get worse from there. The Ugly are those situations where you feel you were cheated, intentionally mislead, or the product or service causes more harm than good. Since the Good is so rare today, I want to start sharing the identity of services and products that really stand out as Good—at least in my experience. I hope this list grows, because it is disappointingly short.

For signed copies of books by Tom Collins, go to the TomCollinsAuthor.com. Unsigned print and ebook editions are available from Amazon, Barnes & Noble, and other online bookstores. For an audio edition of The Claret Murders go to http://amzn.com/B00IV5ZJEI. Ebook editions are also available through Apple iTunes’ iBooks Store and Smashwords.com.
Published by I-65 North, Inc.
Posted by Unknown at 7:11 AM No comments: